Is Open Marriage More Likely to End in Divorce?

Home | Is Open Marriage More Likely to End in Divorce?

In recent years, so-called “open marriages” have gained increased popularity. This is especially true of millennials and younger couples who seek to avoid some of the formalities and traditional trappings of wedlock. The reasons for an open marriage are just about as varied and diverse as the people who choose to engage in them. If one reads an article from 2007 and compares it with a psychological study from 2017, chances are there will be a widely differing set of conclusions. In some ways, this belies the fact that religious, institutional, and cultural views may shape outcomes just as much as anything.

However, where the law is concerned, adultery is still adultery. If you are considering an open marriage in Alabama, it is important to understand some of the pitfalls and legal consequences. At Five Points Law Group, our experienced attorneys understand many of the complex nuances of divorce. If you need help, give us a call to speak with an attorney who can help counsel you through your divorce in a non-judgmental and caring manner.

What is an Open Marriage?

If you ask 10 people, you will probably get about five different answers, but an open marriage is simply a marriage in which there is an element of mutually accepted infidelity. In other words, one or both spouses are free to engage in extramarital sexual relationships, usually subject to a number of agreed-upon rules.

Does Mutually Accepted Infidelity Strengthen or Weaken a Marriage?

It is hard to say, but a 2007 article from WebMD shows just how far therapists and society in general have come on this issue. In the 2007 article, the quoted therapists seem to disagree that an open marriage can be good for a healthy sex life or marriage, even saying that such marriages account for less than 1% of all marriages.

Just years later, a 2017 article by Deborah Anapol, Ph.D. published in Psychology Today emphatically proclaims that there are many highly functional polyamorous marriages, including some that last for decades.

The New York Times also recently did a lengthy piece on the pros and cons of open marriages, which portrayed these relationships as a personal choice and one that increasingly more Americans – especially women – are choosing.

So, what is the truth? Do they lead to divorce or not? It is tough to say for certain, but only about one in eight spouses leaving open marriages claim that the open nature of the marriage was the cause of the divorce.

In general, adultery remains a formal ground for getting a divorce. However, if a spouse commits adultery and the aggrieved spouse accepts that person back and re-engages in a sexual relationship, that ground for divorce is severed. This is thanks to a very old Alabama statute known as condonation. Therefore, if you are in an open marriage and your spouse seeks a divorce due to adultery, evidence of the open marriage may be used to destroy that reason for divorce.

While an open marriage may be just as successful as a more traditional relationship for some, given the extra layer of complexity and the fact that the law does consider extramarital relations a ground for divorce, couples choosing this type of relationship may be wise to speak with an attorney about a prenup or antenuptial agreement that sets forth the relationship and terms of dissolution in advance, in the event either person wishes to change the arrangement later.

For help with a divorce or setting up a prenup or post-nuptial agreement, call Five Points Law Group today. 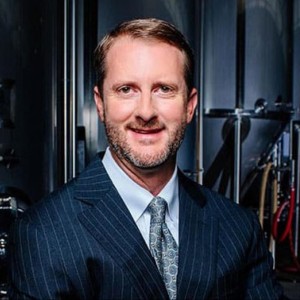 How Does an Annuity Work, and is it Right for You?

If you have ever considered setting up a retirement account, then you have probably come across the term “annuity.” If you are over the age

During the COVID-19 pandemic, it may feel like there are few aspects of your life that you can control, beyond hand washing and social distancing.

According to the American Psychological Association (APA), between 40 and 50% of all American marriages end in divorce. This is despite increased awareness of the