What Does At-Will Employment Really Mean?

The term ‘at-will employment’ is often misused and overused in regular conversation about wage and employment disputes. If you have been terminated or demoted by an employer, you have probably heard this term come up. Perhaps you were told that Alabama is an at-will employment state, or a supervisor informed you that your employment is at-will, so you can be terminated for any reason at any time. To better understand what this term really means, it is important to look at the history of employment in the U.S.

Until the late 1800s, employment laws were fairly random. Some states and territories had no rules at all about the presumptive term of employment, while others made the assumption that unless otherwise specified, employment would last for one year and be renewable. Several large court decisions changed this. Then, in 1877, a treatise by Horace Wood entitled A Treatise on the Law of Master and Servant argued that unless otherwise declared, all employment would terminate whenever either party wished. Over the years, states began to adopt this logic, determining that employees and their employers should equally have the right to terminate employment for any reason at any time.

Of course, historically there were groups that were exempted from at-will employment, such as those affected by indentured servitude laws. Today, however, there are still a few limits on how employers and employees can terminate employment. These limitations are generally based on contract. When parties enter into a specific employment contract, courts will usually uphold the plain language of the agreement when construing whether one side has broken the contract and owes money for damages.

Examples of employment arrangements with contracts include:

When is it Unlawful to Terminate an Employee?

In addition to situations in which a contract dictates the terms of employment, there are a number of reasons for which an employer can not fire you. Any time the decision is based on the following, then federal law protects the employee:

Alabama law also prohibits termination on the basis of retaliation for an employee participating in workers’ compensation claims or for being a whistleblower in certain kinds of actions.

Talk to a Lawyer About Your Wrongful Termination Case

It is sometimes difficult to know if your employer used an illegal reason to terminate you. Perhaps your employer is using a pretextual reason for the termination by fabricating issues that never existed. The best way to figure out your options is to speak with an experienced discrimination lawyer near you. At Five Points Law Group, we are devoted to helping workers fight back against prejudicial and discriminatory employment practices throughout Birmingham.

If you suspect a wrongful termination, call us today to schedule a free consultation with one of our attorneys. Time is limited, though. In many cases, you may have just six months to bring a claim, so do not delay. 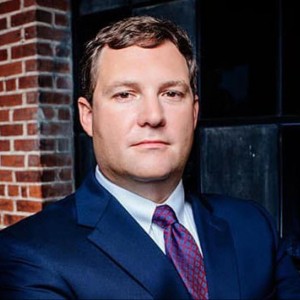 Allen has practiced in the field of employment litigation, almost exclusively representing employees, for his entire career.
All Posts
PrevPreviousResearch Links Joint Custody to Better Outcomes for Children
NextWhen can Alcoholism be Grounds for Divorce?Next

Does My Employer Have to Give Me Paid Breaks?

Technically no, your employer does not have to give you paid breaks, at least not in Alabama; but there is more to it than that.

According to a recent study published in the Journal of the American Medical Association (JAMA), women who suffer from sexual assault and harassment suffer from

One of the toughest scenarios in the workplace is living with an abusive or hostile work environment. In many cases, the hostility, abuses, and harassment